The Requirements of H-2B
In order to provide proof of the above-mentioned factors, the H-2B petitioner must have received a valid temporary labor certification from the U.S. Department of Labor. 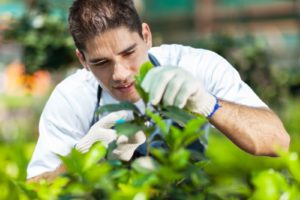 In order for the beneficiary to be granted a H-2B visa, the petitioner must establish
(1) there are not enough U.S. workers who are able, willing, qualified, and available to do the temporary work, (2) employing H-2B workers will not adversely affect the wages and working conditions of similarly employed U.S. workers, and
(3) its need for the prospective worker’s services or labor is temporary.

If the petition is approved, the term of this visa is no longer than one year.However, the term may be extended for up to three years. At this time though, we do not know the exact date when the USCIS will re-open the cap and start accepting applications for the second half of FY 2016. If past practice is any indication, this usually happens in June of every year.

Returning Workers Exempt From Cap
For this fiscal year ONLY, which lasts from October 1, 2015 until September 30, 2016, returning workers are exempt from the 66,000 H-2B cap.

A returning worker is defined as a H-2B worker
who was previously counted against the annual H-2B cap of 66,000 visas during
FYs 2013, 2014, or 2015. This means
(1) the petitioning employer, is submitting a petition for a H-2B worker with a requested start date in FY 2016 and
(2) the H-2B worker was previous issued an H-2B visa during the above mentioned fiscal years. However, in order to petition for the H-2B cap-exempt as a returning worker, there are also specific filing requirements you must follow closely.